“Last year, we sent sheets to Cuba.  My wife’s grandmother had surgery, and the hospital had no sheets.”  Rainier Andres  (Ray) is an American citizen who came to these United States with his mother.  He has no brothers or sisters and his father is still in Cuba.   Ray reminds me of a documentary I saw last Fourth of July:  “Citizen U.S.A.:  A 50 State Road Trip,” by Alexandra Pelosi.  These new citizens brought tears to my eyes.

Ray was a teenager when he came to America, he was too naïve, or perhaps too filled with machismo to understand the dangers.   Ray considered the trip a chance  for high adventure.    Two and a half days, in a hand-made raft, Ray and his mother journeyed from Havana to Miami.  After living in Miami for a month, they moved to New Jersey to live with an aunt.  Ray never liked the cold weather in New Jersey, so as soon as he could, he moved back to the year-round warmth.  I hear you, Ray.  I hate the cold, too, even though I’m a native of the north.

“Cuba used to be a rich country:  sugar cane, tobacco, coffee.  Now it’s like the Dawn of the Dead.  The refineries are all dead, all the machinery is old, and the buildings are old.  Everything is dead.  It is really sad.”  Ray’s visit to Cuba in 2005 left a lasting impression.

I met Ray in Orlando.  Right away, I recognized him as a positive, helpful fellow.   We were both standing in line at Universal Studios Theme Park.  Me with my Loved-One; Ray with his mother-in-law, Maricsal, and his sister-in-law, Yancy.    Ray agreed to help Maricsal with her English, as I interviewed her and her daughter for Little Girls Then and When 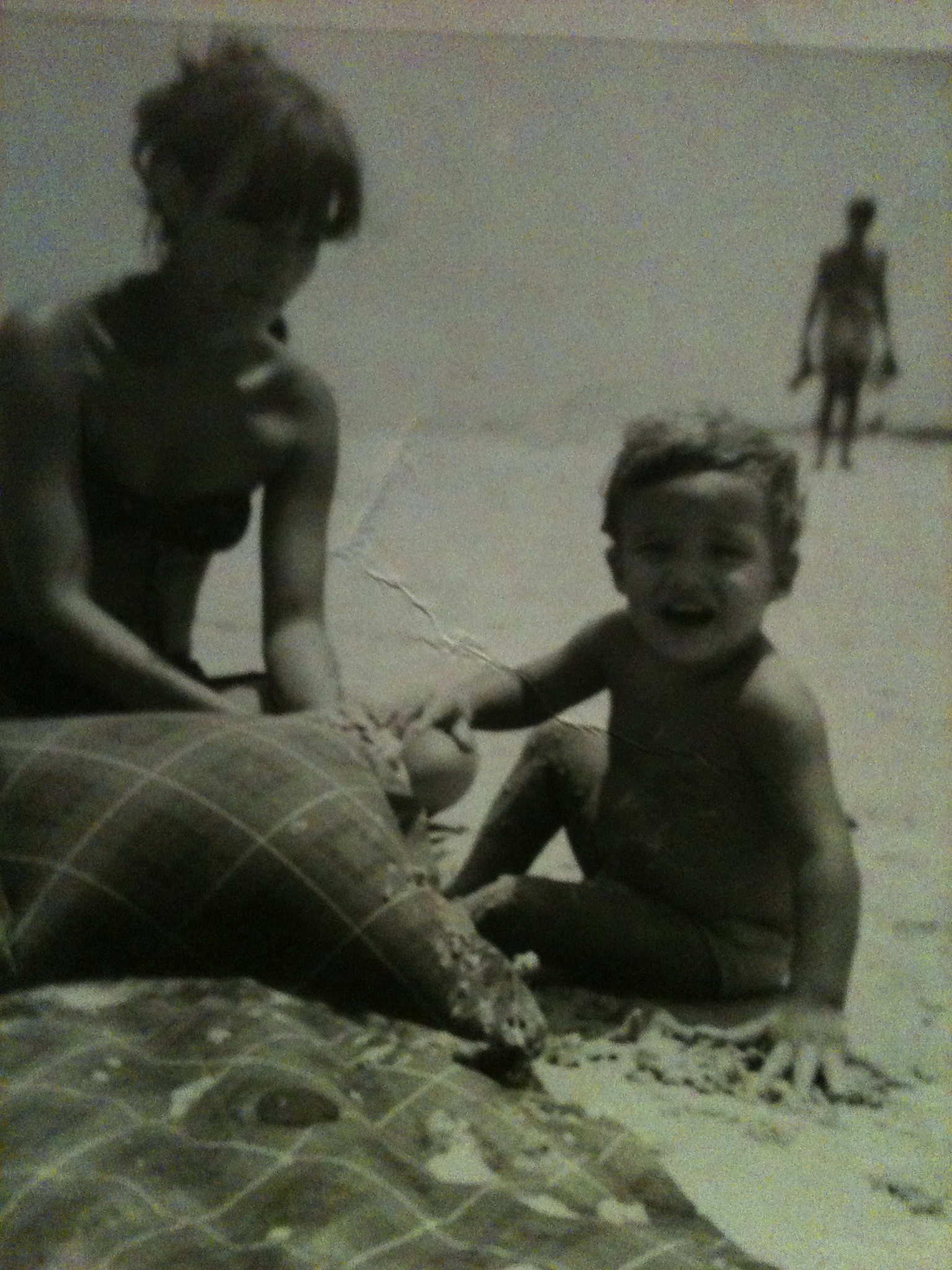 A bright little boy, Ray preferred the beach to school.  In Havana, Ray’s Mom took him to school, because anytime he could avoid school, he did: sometimes he faked stomach aches; sometimes he played hooky and wander the streets with friends.  Ray knew a little English, just enough to establish a conversation, when he came to the USA, but not enough to get by in school.  Very few people spoke Spanish in New Jersey, so he had a rough time at first.  People stared at Ray because he was so thin and, on top of that, he was painfully shy.  Some days he couldn’t sleep just thinking about going to school.  He stuck with it because he began to see the importance of a good education.

Besides keeping up with his schoolwork and honing his English, Ray started working at a Burger King.  He only had one uniform, so his Mom cleaned it in the bathtub when he got home from work, at 1:00 AM.  The Burger King was in a dangerous neighborhood and eventually he got a different job, one he thought would be less dangerous.

Ray delivered bread to New York City stores from a New Jersey bakery.  Ray learned the route in a week, and began driving the route on his own in the wee hours of the morning, before he went school. Twice someone tried to rob him, but he carried no cash.  The bakery store owner thought that was too risky.  With a gun to his head, Ray stayed cool.  “Look, you can take the bread, but there’s no cash here,” Ray said.  “Payment is picked up during the day.”  Whew!  That was a close one.

Ray also sold shoes on commission, and at Domino’s Pizza; all while still in high school.

Ray moved to Florida to get a better job and to get out of the cold. Ray is a supervisor in the electrical department at Home Depot.  He started in the paint department, got promoted to supervisor, and moved to electrical.  He’s been with Home Depot for six years now.

Ray is a company man.  He told me about Home Depot’s trouble with Customer service.  Loews put the competition on, and Home Depot initiated some cost cutting measures, which caused the company to lose focus.  I understood exactly what Ray was talking about because I lived it.  I became a loyal Home Depot customer when I remodeled my home.  Every department had a staff of experts.  Home Depot helped me design my new kitchen.  The experts at Home Depot explained the safety and workflow issues with my kitchen and together, we made changes that improved not only the look of my kitchen, but helped me work smarter.  Home Depot hooked me up with expert craftsmen.   “Tim the Tileman,” worked non-stop to finish the tiles on my wall before my youngest daughter’s graduation party.   Later, the quality advice I came to depend on turned into untrained people who didn’t know, didn’t care, and were nowhere in sight.

Ray likes to work with people and help them grow their careers.  He recognizes some people are content with a paycheck, but most people want more; they want to grow and expand their responsibilities; gain recognition, and improve their position in the company.  He motivates people by work-lists and reports and by recognizing individuals’ accomplishments.  He helps employees build confidence and gain independence.

Now Home Depot offers associates “My Apron,” an on-line Home Depot academy.  There they can learn about new products and have a strong knowledge base that the customers can rely upon.  Supervisors like Ray assign classes and assure associates gain the necessary expertise.

Ray advises kids to stay in school and learn as much as possible so they can get a satisfying career.   He has nothing at all to complain about.  Having a lot of responsibility from a young age helps Ray balance his life between career goals and enjoying his precious family.  He has a great job, wonderful benefits and a future.  Some people from Cuba are surprised they must pay for medical insurance; in Cuba medicine is free, yet there are no sheets on hospital beds and the hygiene is terrible.   There are lots of Doctors, but few resources.

“In this country you can do anything you put your mind to.  If you work hard, in the end, you can own something.  Sure there are obstacles to success.  In America, you can give your family the life they deserve.  Simple things, like the freedom to express your opinion, are taken for granted.  I owe this country the life I have now.  I would never have this life in Cuba.” 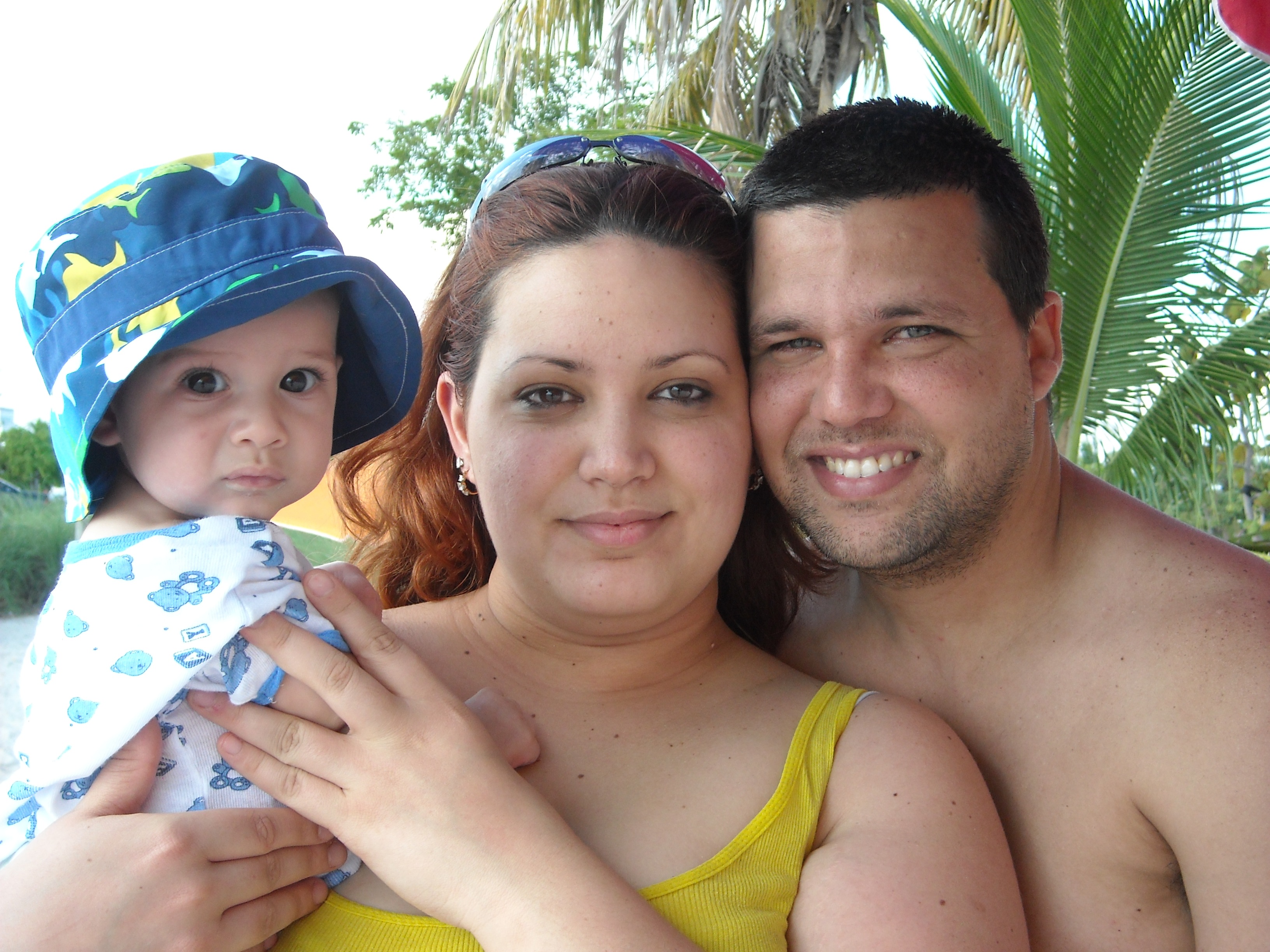 November is the month for giving thanks. I take so much of what I have for granted.  Thank you, Ray, for reminding me how lucky I am.

If you know someone with an interesting path to Quality, please e-mail me.  I love hearing other people’s stories.  Who know?  Your story may appear here.