Twenty-three years ago Loved One and I met at the Northlight Theatre, “Mississippi Delta.”  The only thing I remember about the play is it featured a woman who could pick up a cigarette with her ziggy and blow smoke rings.  I wonder if anyone can really do that.  Anyways, in “Mississippi Delta,” she was a hit at striptease because of this trick.

I was not looking for love in any place, let alone a play on Super Bowl Sunday, but there he was, confident in his blue jeans.  I was late.  He saw me slip in.

We bumped into each other at the concession stand.  Literally.  I turned left with a hot cider and he turned right with a cup of cocoa.  We started talking, and it was as if we knew each other all our lives.  He says I picked him up.  I know better.  He thought I was a safe bet when I gave him my business card identifying me as a “Sanitarian/Microbiogist.”  I thought he was worth considering, probably not into sports at all, since he was at the Northlight during the Super Bowl.  The truth:  although I hate to clean, I do love clean; he is a sports fanatic, but has little patience for a bad Super Bowl game; we still stumble over each other, go in opposite directions, and cannot fold a sheet together without some redirection.

We celebrate Super Bowl Sunday as our anniversary; often with dinner and a play on Saturday, so we can watch the Super Bowl, too, just in case it’s a good game.  This year is no exception.

I got this postcard in the mail: 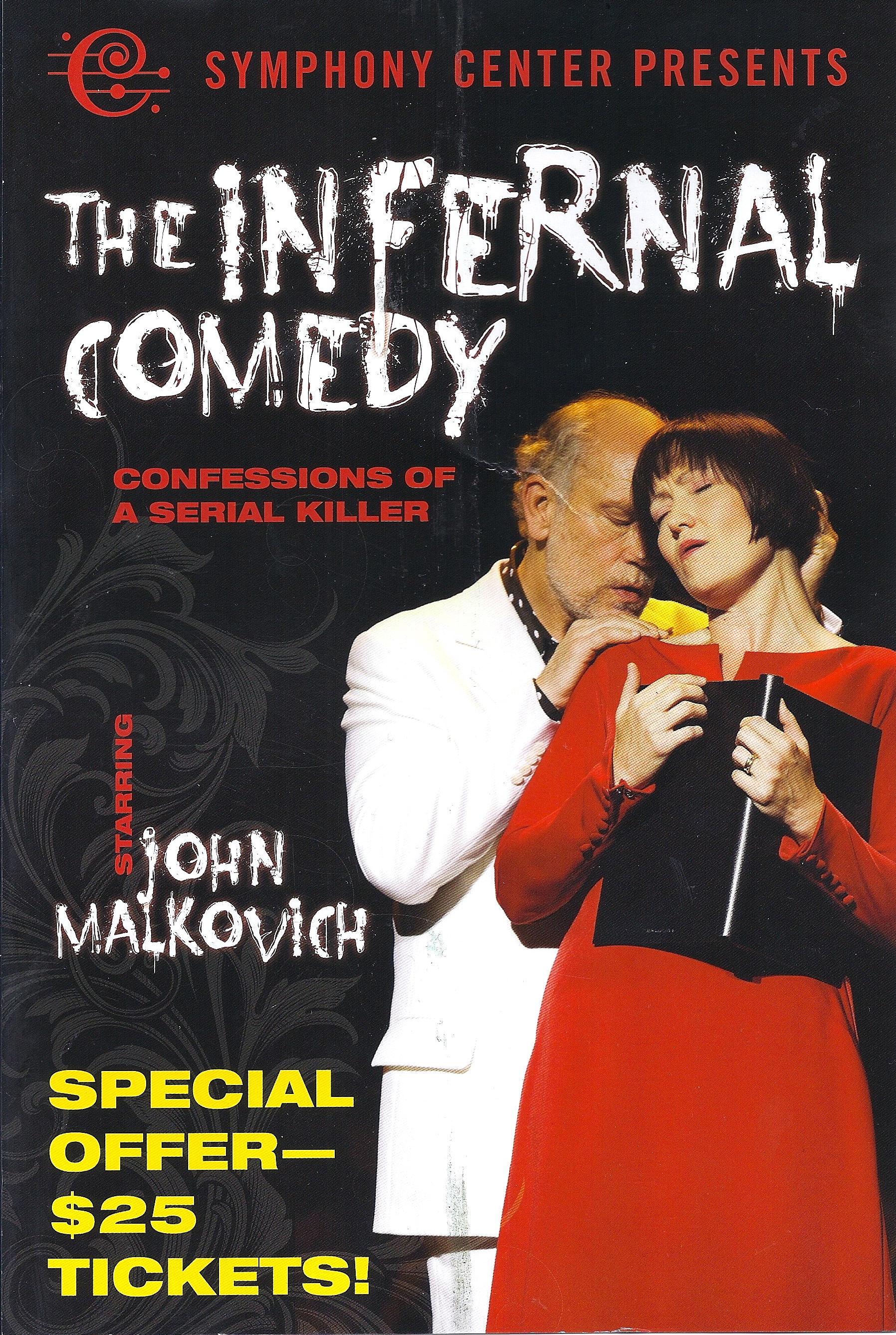 I scribble on the back of the card:

Loved One scribbles back a confirmation number and the name of an Italian Restaurant.  I add the date to our shared calendar.

Yes, that’s the way we often communicate, otherwise, someone is bound to forget.

We take the train down and walk the mile to the Silversmith Hotel on “Jewelers’ Row;” just two blocks from and $40 less than the famed Palmer House hotel. The temperature was 5°F with windchill making it feel like the Arctic (that’s -15°C for my Aussie friends,) but the walk warmed us up and I proved once again that my pace is in perfect time with Chicago traffic lights – we only had to stop and wait once.

Guess what?  The Silversmith upgraded us to a King Suite.  Oh my!  We felt like honeymooners. 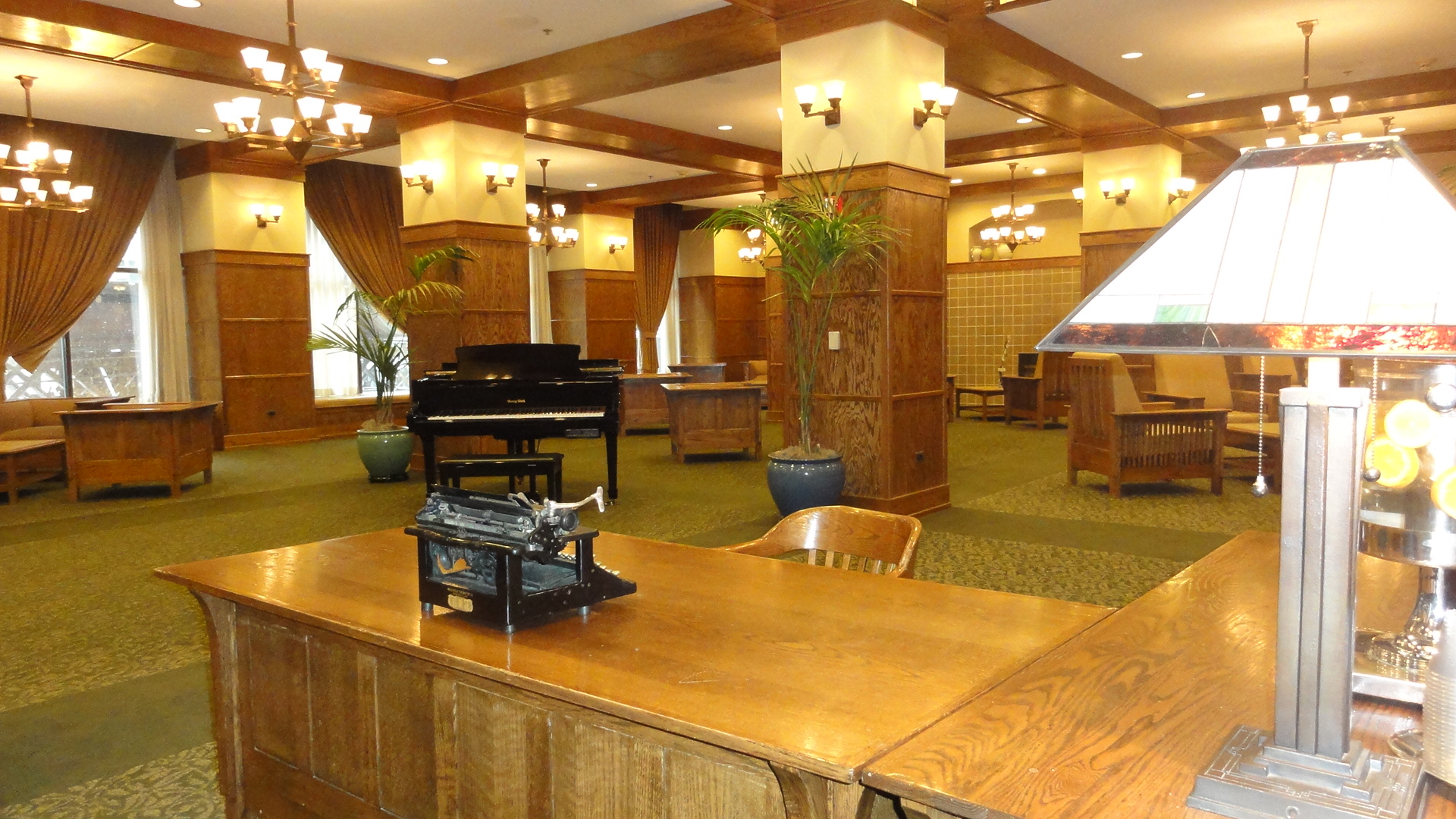 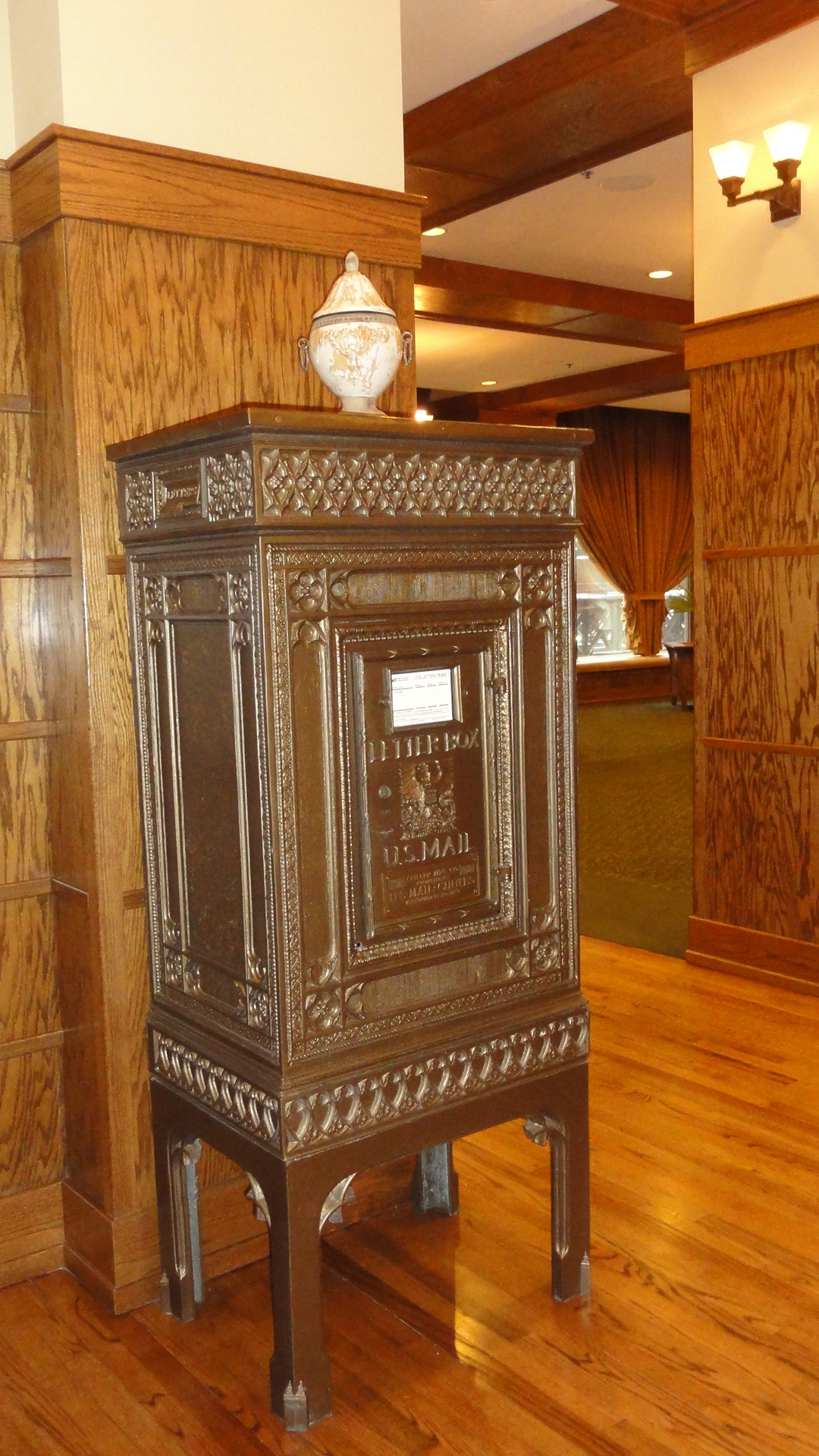 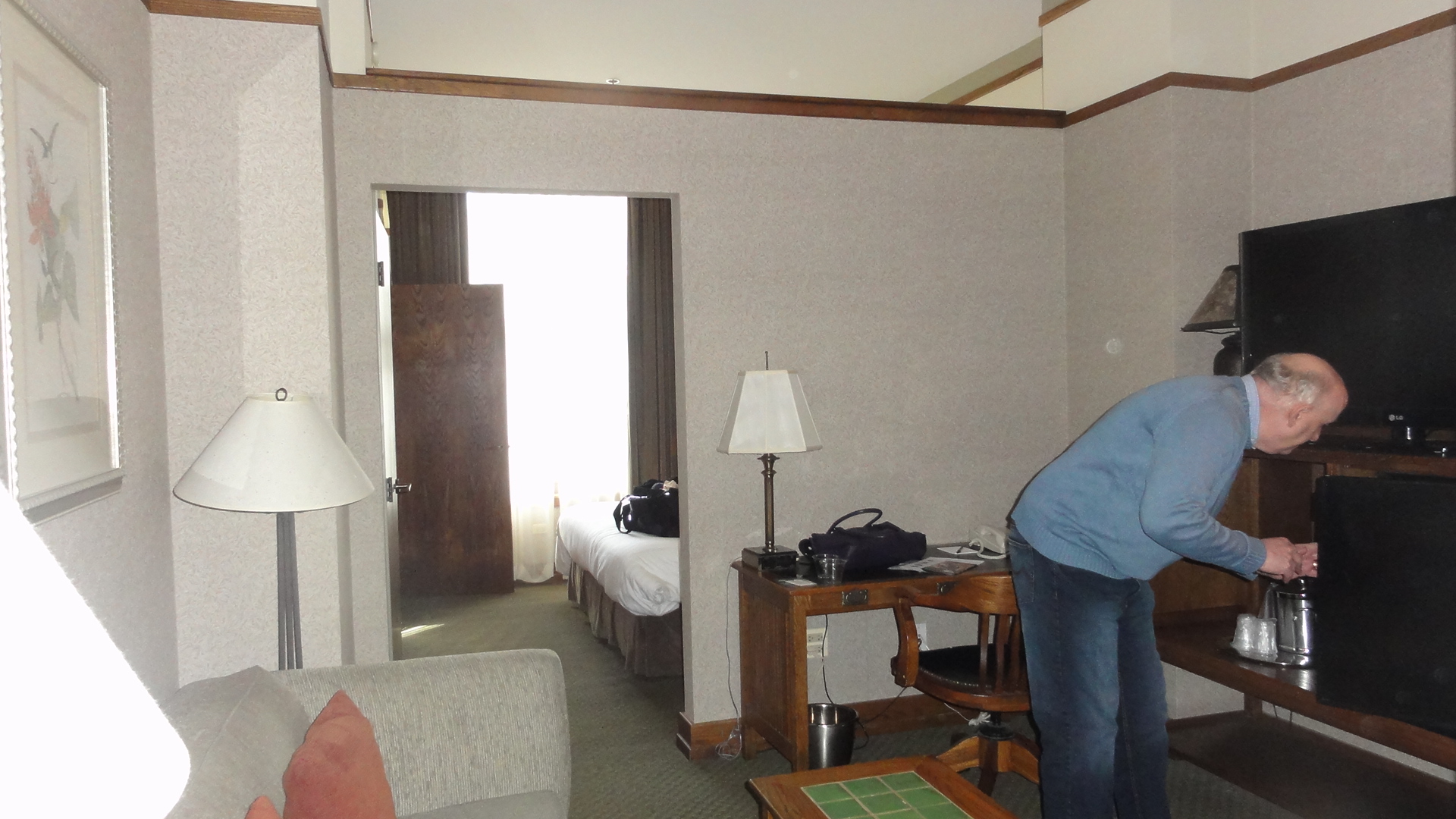 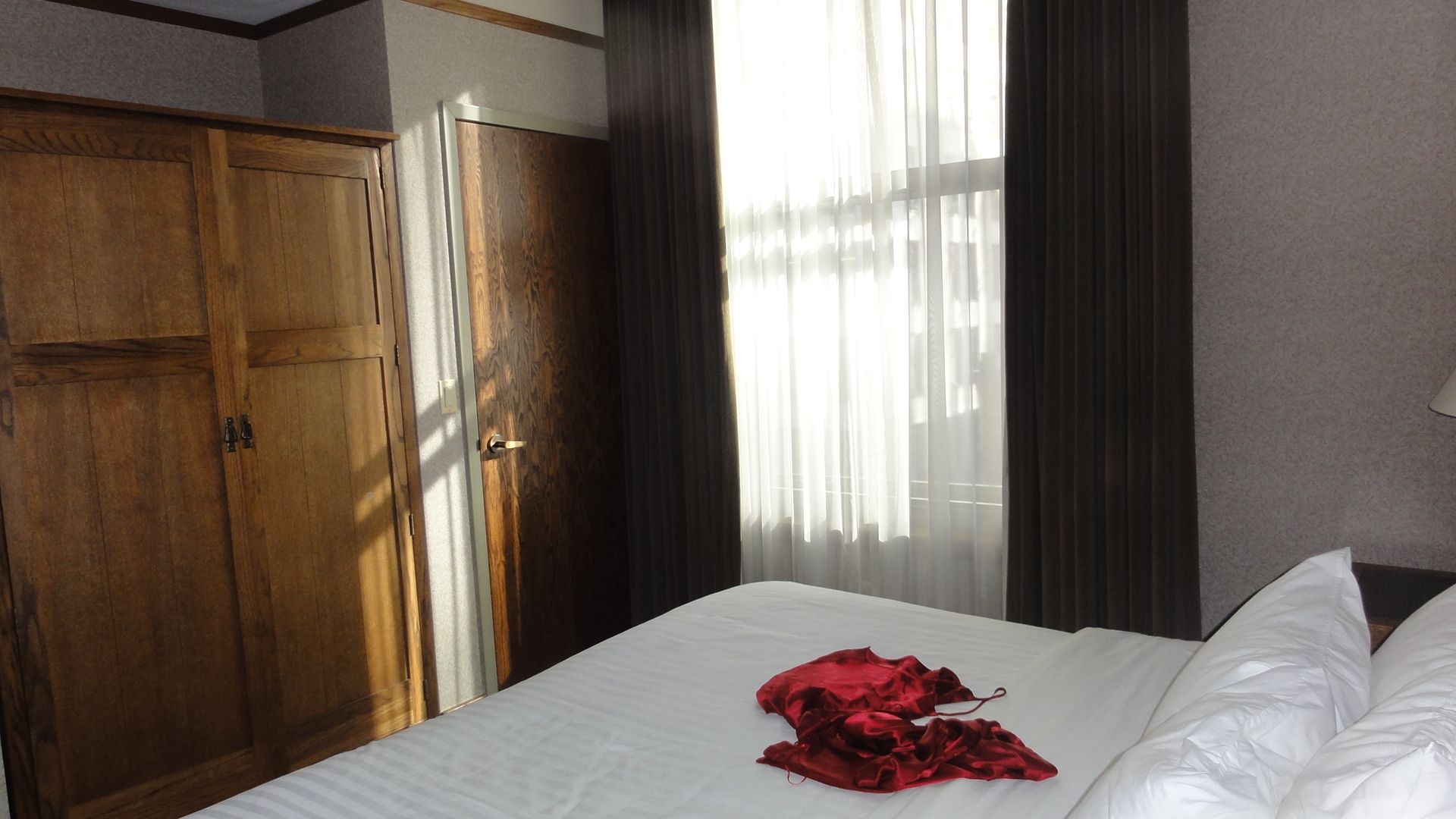 We get some more walking in as we trek the three blocks to pick up our tickets at Will Call, and again to Pazzo for a delectable Italian dinner and complimentary tiramisu.  Loved One and I remind each other how much we miss the fine dining of Chicago, where even spaghetti is a gastronomical treat.

We settle into our seats at Chicago Symphony Orchestra and read the playbill:

“The Infernal Comedy:  Confessions of a Serial Killer” is a stage-play for a baroque orchestra, two sopranos, and one actor.

“Oh no,”  I say.  Baroque is my least favorite music, with all the curly-cues, and embellishments, and I almost hate soprano singing.”

“Well, that leaves you with Malkovich,”  Loved One laughs.

The play is based on a true-life story of Jack Unterweger, a brilliant serial killer who strangles his prostitute victims with their own bras.  Malkovich, as Jack, is on book tour touting his post-death tell-all book.  The sopranos sing arias of love, joy, hate, grief desire, and admiration which represents Jack’s relationship with different women.  It is dark humor, the kind that makes us ashamed when we laugh.

The sopranos’ melodramatic arias that go on about loving a man through all of his faults, and a willingness to sacrifice anything, even life for him, are indeed, unsettling.  The melodrama is embellished by the super-title’s truncation.  The super-title to Ludwig van Beethoven’s aria “Ah! perfido” says, “For him I lived, for him I want to die,” while the soprano sings on for five minutes in a language I do not understand.

“The Infernal Comedy” had its première in Los Angeles, in 2009.  Directed by Michael Sturminger, and performed by John Malkovich, with the Musica Angelica Baroque Orchestra, conducted by Martin Haselböck.  The sopranos are Laura Aikin and Kirsten Blaise.  Since its début, “The Infernal Comedy” toured in Europe, North America, and South America before coming to Chicago’s CSO.  Malkovich, Haselböck, and Sturminger are collaborating an other blend of Orchestra, opera and acting:  “The Giacomo Variations, in which Malkovich plays Casanova. 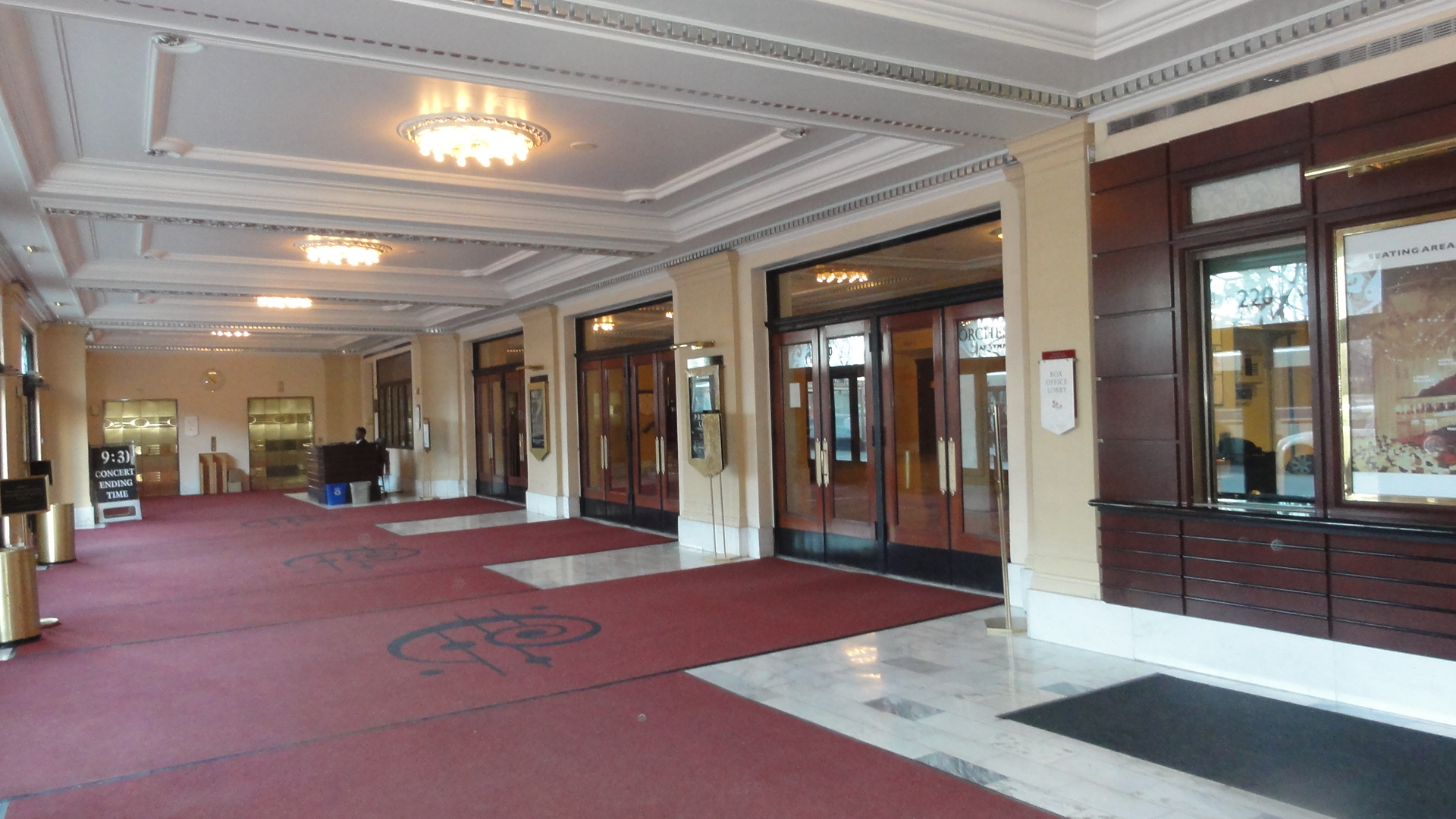 Loved One and I have a lot to talk about on the way back to the hotel and for a few days after. We got home in time to put together some BBQ pork sandwiches, potato salad, and Cheetos and settle in for Super Bowl XLVII.  It was a good game, even for non-sports followers, like me.

I have a feeling this anniversary is going to be as memorable as our first meeting.