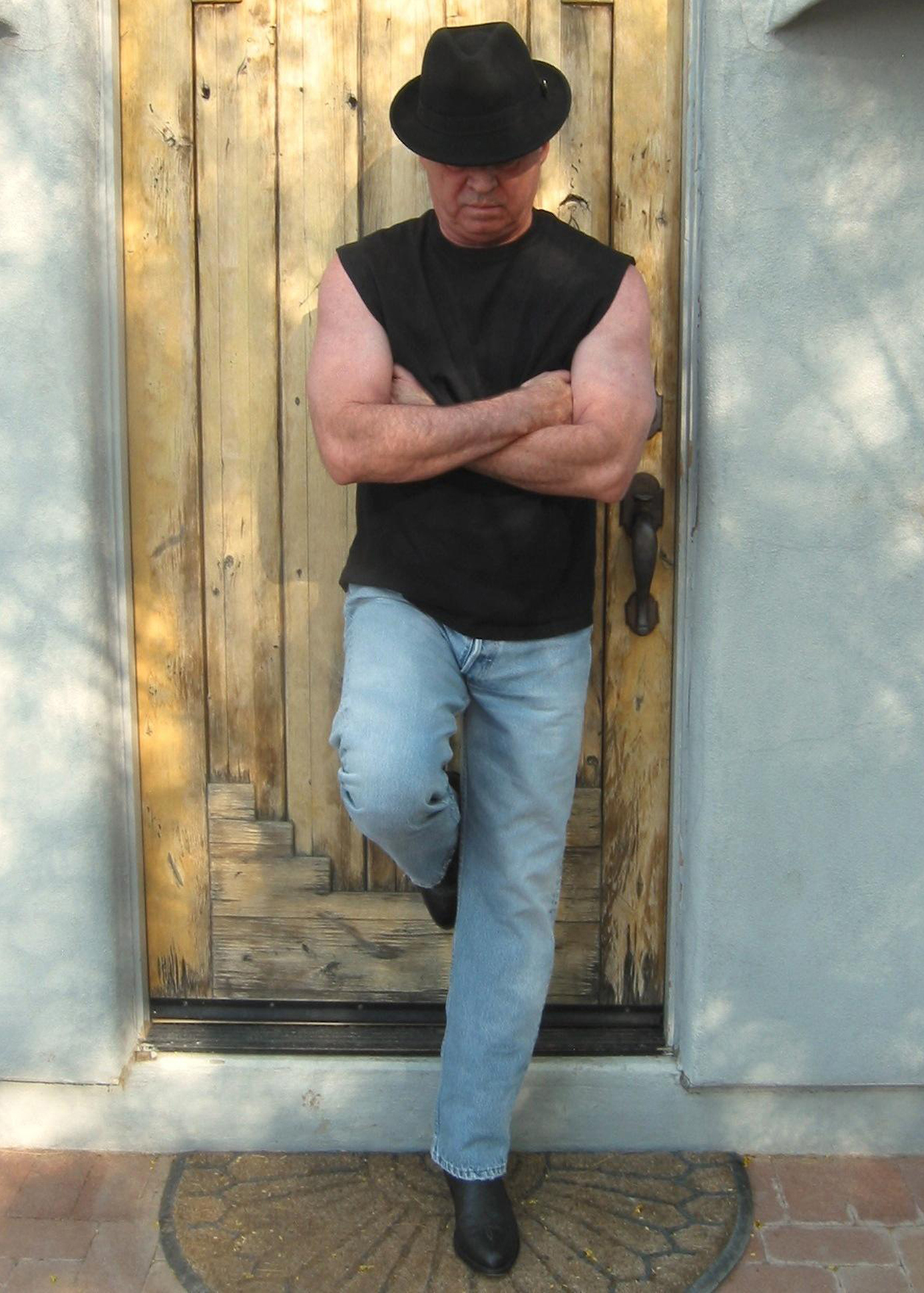 What does an artistic, recovering drug addict, who spent his jail time in solitary confinement, have in common with me?  I got a chance to sit down and chat awhile with Michael Allan Scott; the man with the storied past and compare notes.  We have more in common than you might think.

Michael Allan Scott entered the world loving a good story.  Okay, maybe that’s a bit of an exaggeration.  He, like me, had a mother who read to him from an early age, and a father who loved to weave a good yarn.  Like me, Mike liked writing stories for as long as he remembers, but he never thought of it as a career choice until recently.  He’s also sees the spiritual side of life, and life-after-death as real, if you just open yourself up to believe.

Mike’s Indie book, Flight of the Tarantula Hawk, is his second noir crime/ paranormal novel with crime photographer Lance Underphal.  Lance is a reluctant hero, tuned in to the spirit-world and guided by his true love, his late wife.  This is a murder mystery, so the language and scenes can be a bit gritty.  Lance is dealing with the seamy underbelly, after all.

Without giving too much of the story line away, the Tarantula Hawk is an apt choice for the antagonist in Mike’s newest novel, set in Arizona where tarantula hawks abound.

Acht!  Just look at this picture I took on my latest Dozin’ with the Dino trip.  See how tiny the wasp compared to the spider?

As a teen, I read Mike’s kind of stories late at night while babysitting the neighbor kids.  That might be what terrified me on my short walk across their lawn, between the apple trees and the chicken coop, and into my own safe house.

Mike grew up in Arizona, with a mix of jocks, hippie-surfers, and Native Americans.  He told me he “never had much use for school.” He remembers crying all the way to kindergarten, “stunned that he got left in a strange land, with strange people.”  By high school, he felt like an outsider looking in.  He got kicked out because his hair was too long.  The thing that saved him writing and his rock band.  He played at dances and local bars and clubs.

Mike’s parents were pillars of the community.  He was a handful, but even then they stood behind him.  Mike liked conflict and turmoil.  Got into alcohol and drugs.

By the time Mike was 20, he was in jail for possession of heroin and marijuana when.  He went off the deep end in several directions.  It took that jolt to realize he had to make a change.  Got the idea quick.  Mike was beat up and sent to solitary confinement as a troublemaker.  He suffered through dry-out.

Back then “LSD it wasn’t even classified as a drug” He advises kids today to Arm themselves with information.  “The more you know the less likely you are to get involved with drugs.”  He lumps prescription drugs in there, too.

Set on the straight-and-narrow, Mike never really considered art as a real career option.  Career was all about making money, being in business, raising a family.  So he became a successful commercial real estate broker, and kept his writing as a disciplined hobby.  He wrote and wrote, and wrote some more.  He scheduled himself deadlines and word-count limits by entering every “writers of the future” contest.  With the 2008 financial meltdown, his business collapsed.  That’s when he decided to take a good look at his career trajectory and put his energy into doing what he loves most:  writing.

All Mike’s practice and discipline paid off.  He is a master at setting the mood with words.

As Lance senses the presence of his wife:

As he surveys a crime scene:

“…the blinds are closed, leaving narrow band of dust particles to glimmer in the thin rays of light – a matrix of harsh glare and deep shadow, inundating his senses.”

But my favorite is his description of a migraine headache coming:

“I wake with a skull full of rocks, on the ragged edge of a migraine.”

After butting his head against a wall the traditional publishing route, Mike read John Locke’s book, how I Sold 1 Million eBooks in 5 Months.  Locke inspired Mike to publish independently.  He advises writers to build a community:

In other words, writers do what they do best:  write.  There’s a world of experts out there that can help writers bring their book to market.

That said, if you’re a writer that reads, or if you just like to read, Mike can help you out.  He agreed to give away two copies of Flight of the Tarantula Hawk.

Please comment on this post and let me know whether you prefer an e-book or a traditional paperback.  Your name will be entered into a drawing and the winner announced here.

Oh, and here’s a peak at Flight of the Tarantula Hawk.   I watched the trailer after I read the book.  The trailer characters match my mind’s eye.

If you’re interested in seeing the Tarantula Hawk in Action, check this out:

(But beware, you will see the seamy underbelly of the insect world!)