Every once in a while, I meet some one who sticks in my heart.  Camille Paddock is one of those people.  To look at her, you’d never guess at “Almost 16 year-old,”  she’s been put through the ringer by people who claimed to be her friends. She came out on top as a spokesperson for the underdog and beauty pageant queen.

When Camille was eight years old, she began to lose her hair. Not just a few strands; she lost handfuls of hair, until by the time she was in fifth grade, only a small rim of hair remained. Doctors dismissed. Camille’s condition as stress.  One even told her she wore her hair in a pony tail too often. But, her parents remained unsatisfied with these diagnoses and finally found a doctor that recognized Camille suffered from an autoimmune disease called Alopecia Areta.

The more hair Camille lost, the more her confidence suffered.   Her friends began taunting her, calling her names, and threatened to beat her. If that wasn’t enough, the girls used social networking to spread thousands of “horrible comments” about Camille.

Camille’s parents met repeatedly with school authorities, who failed to take meaningful action. Her real friends stood by Camille, but they did not know how to help her and were afraid to intervene.

Camille stopped sharing with her parents because she thought it was hopeless.  Her parents thought the bullying had stopped.  Instead of turning to adults for help, Camille turned to self-injury as “sort of a drug” to sooth herself. She thought of suicide.

Emboldened by the lack of action, the bullies escalated their tactics, following Camille around at the biggest, most important football game of the season.  The called her a “hairless cat,” and meowed at her.  She slunk back to the stands and stayed by her mother’s side, begging to go home.  Her mother thought it odd, but was clueless about the bullying.  Because her older sister was on the cheer-leading squad, Camille stayed until the game ended.

That incident served as a turning point for Camille. When she got home that night, her sadness turned into anger. Her anger motivated her to take action and to keep taking action until she got results.

Camille wrote the Superintendent a letter detailing her experience. She laughs now at the tear-stained, three page, both sides, hand written diatribe.  But she opened the Superintendent’s eyes. The Superintendent took action and muzzled the bullies. Better than that, policies are now in place to prevent others from being bullied.

Camille started a Face Book Page, “Cam’s Dare to be Different” (https://www.facebook.com/CamsDTBD.)   Paddock used her “Page” to share her feelings. No one bullies her there, because she chooses who can be involved. In a few weeks she went from 200 to 500 followers, and now has over 3000. People from all over the world share and encourage each other through “Cam’s Care to be Different.”

Camille’s sister’s cheer-leading team asked her to speak with them about the effects of bullying. They experienced some back-stabbing and cattiness that got in the way of teamwork.  Things started to snowball from there. A neighboring highs school, one much bigger than the one Camille goes to, asked her to speak to the 1400 student body. At the end of her speech, students stayed, asking questions and offering encouragement for half and hour. But most compelling was the senior who waited until everyone else left to approach Camille who sobbed in her arms. That senior girl had been suicidal, but thanks to Camille, she found hope.

Camille began her journey to beauty pageants by first agreeing to be the Alopecia junior ambassador. Through that experience she met other beauty pageant winners, who encouraged her to compete.

Miss Teen Illinois International bases 40% of the competition on the contestant’s “showcase their personal involvement with [her] favorite charitable cause.” This is a pageant I can get behind. There is no swimsuit or talent component to the competition. Camille is the youngest to win Miss Teen Illinois International and the youngest to compete and the national level.

Losing her hair was very hard. The bullying was even harder.  Camille explains “somehow God is gifting me with this.” She is helping other kids just by what she shares.

Camille’s advise: “Always remain true to yourself and stand up for yourself and others. You never know what the other person is going through. Just a word of encouragement could help someone avoid a fatal choice.”

That is wise advice at any age, Camille.  Meeting you is surely a gift for me. 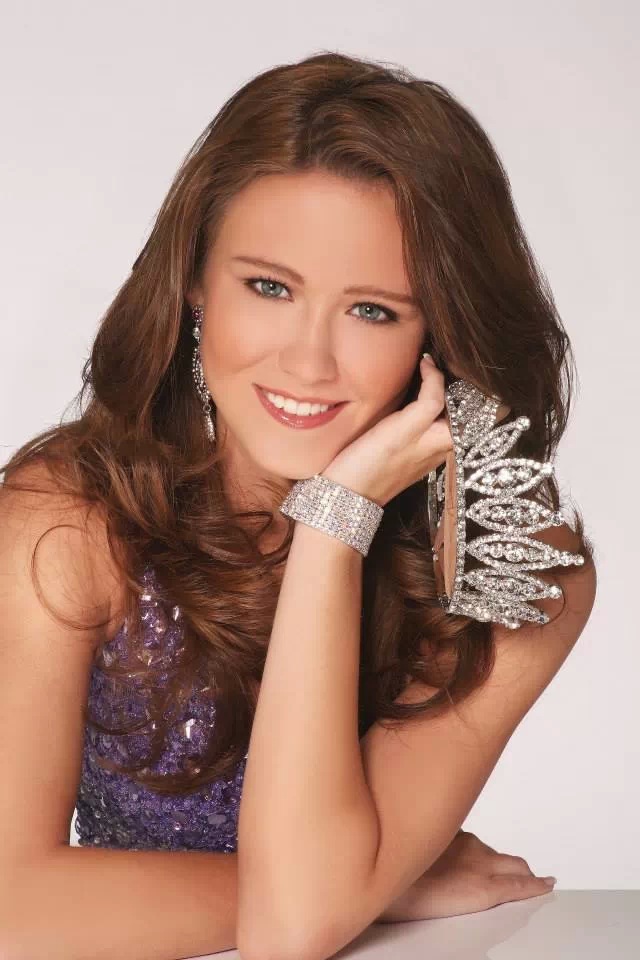