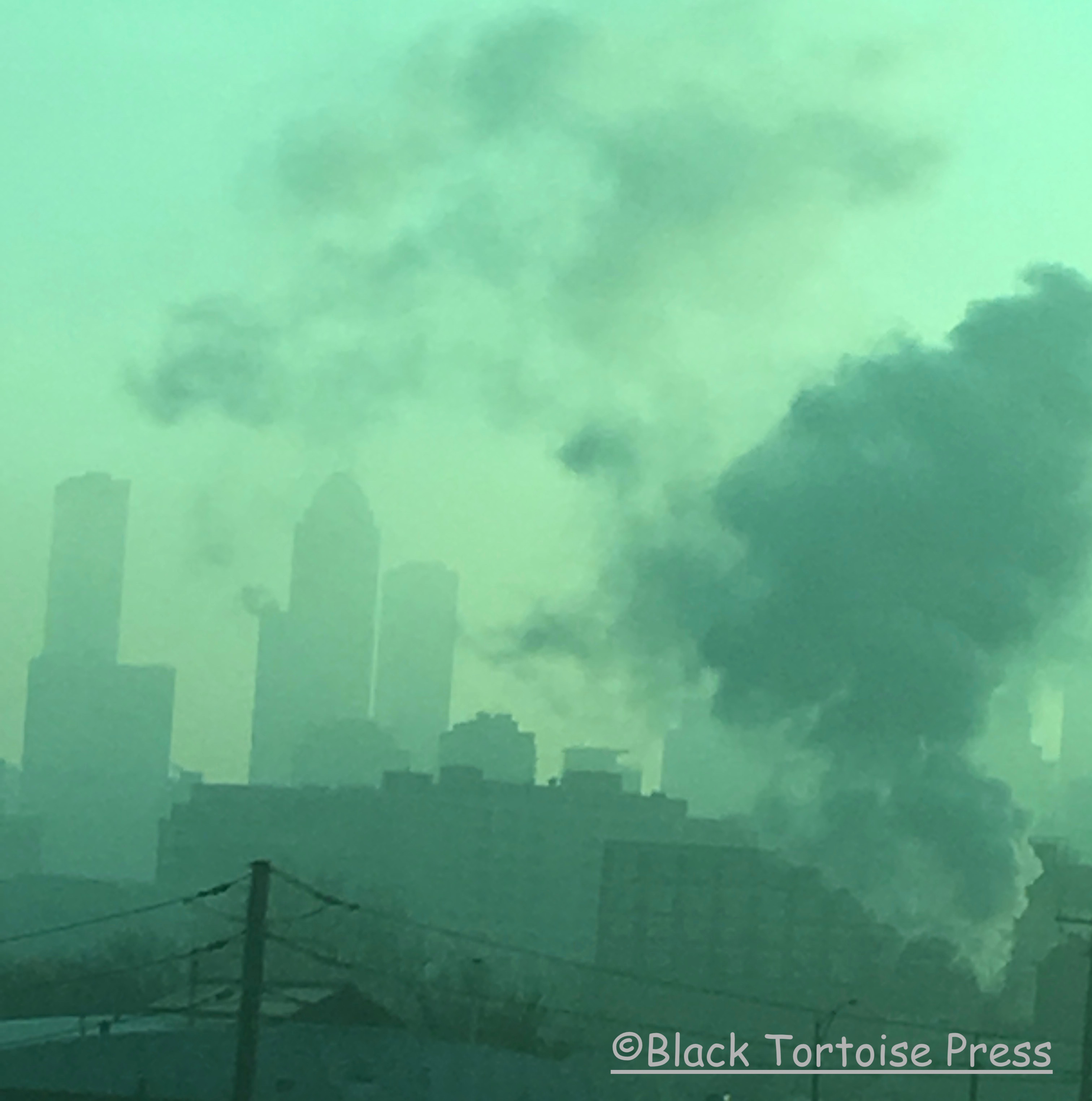 Last Friday, I resurrected a bit of Flash-Fiction I wrote a few years ago.

Thank you for your kind comments and support.

I hope you enjoy what’s next for Marla and Ray. Hmmm….  I wonder what’s up with birds and these two fictional characters.

“How much longer?” Ray tugged at the neck of her Outsider.

Marla hinged at the waist and held both Ray’s hands in hers.

“You wanted to see a bird,” she said. “You must keep covered.”

Marla tightened her own Outsider straps.

It smells like rain on oiled steel, she thought.  Perhaps her memory was playing tricks on her again. She checked Ray’s Outsider again.

“Too tight,” Ray pulled away.

“Do you smell anything?”

Ray’s lips turned up a little at the corners and her eyes twinkled behind her face-shield. “How much longer?”

“The top of this hill, around the corner and down a ways.”

The “hill” was once a handicap ramp to the Green Line, but Ray knew nothing of that.  She’d never seen a hill, or anything else covered in life.

“Remember, no promises.” Marla pulled herself upright and took Ray’s hand in hers. “I just said that this was the most likely place for a bird.”

She remembered the pigeons and starlings, and sparrows nesting here before everything changed. Marla was on a mission to prove that birds, do indeed have two eyes. She’d searched every book she had, including her old Visual Dictionary.

Marla tried to tell her that the second eye was on the side that didn’t show. Her efforts were fruitless.

“Prove it,” Ray said planting her fists on her hips, feet shoulder width apart, as if ready to physically defend her position.

“This was the last place I saw a bird,” Marla said. “No, promises.”

They walk onto the platform in silence. From here, they could see what seemed like forever down the abandoned tracks.

“Look, there. Under there, see that shred of paper sticking out from under the eaves?” Marla waited for Ray’s eyes to track where she pointed. “That’s a nest.”

Marla leaned over the edge and pulled at the paper. A full nest whispered a thud and it fell onto the platform. Two sky blue eggs bounced out of the nest and cracked.

“Eggs. We used to eat chicken or duck eggs for breakfast.”

Ray poked at one egg with her shoe and it opened up, revealing a desiccated baby bird, oversized eyes covered in onion-skin lids.

“Two,” Ray said. Her tone was matter-of-fact, but tears filled her lower lid and threatened a flood of emotion.

“Not with babies inside. We didn’t eat them like that. I’d never eat a baby anything.” Marla’s words came out in a rush as if they could somehow wash away what she’d already said.

Marla drew Ray into her arms. Sobs throbbed between them like external heartbeats.

What do you think about where the story is going?

Quite honestly, I didn’t expect it to take quite this turn. I’m pretty sure something good is coming soon. I hope so.