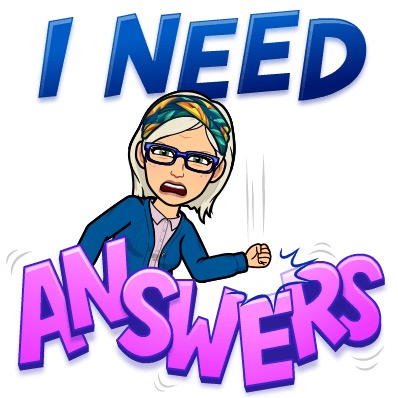 Constant coverage of Bobbitt created a “blue-pill/ red-pill situation for me. Wrestler #1 helped heighten my awareness.

“Something that happened between a man and wife in small-town Virginia should not be more than a passing third-page story in the paper or on the news,” I complained. “Why are we hearing the sordid details every day? And why does everyone have an opinion?”

Wrestler #1 was a 21 year-old college student back then. He knew a lot.

He presented me with the red pill: an unpleasant truth. Once I chose the red pill, I could not go back to blissful ignorance.

“CDC death toll estimates are twice what they were a month ago,” says an anchor. “What do you make of that?”

Three of four panelists blather on on how to interpret twice as many deaths expected now that States are loosening restrictions. Do we really need that?

I don’t need an interpretation of words I hear come out of Dr. Fauci’s mouth. He’s very clear.

I don’t need an interpretation of words that come out of President Trump’s mouth. I don’t need someone to say, “Well, what he meant is…” or “He obviously has no empathy.” I can hear him and I can see him. I don’t need a panel to help me form an opinion.

Where is Walter Cronkite when I need him? Just give me the facts. Tell me what’s going on, not how it makes you feel.

Anyone who’s heard an excuse from a third-grader knows the difference between “maybe” and “yes.”

Tell us what we need to know, not a bunch of stuff that’s irrelevant and only involve a few people.

More opinion leads to confusion and division. Perhaps our growing reliance on opinion opens the door to vast conspiracy theories.

Why is it that so many people, when asked what they think about a subject begin the conversation with, “I feel….” I notice this is especially common among young people who have never know a world without cable news.

Maybe with less focus on opinion and conjecture, there will be fewer people mistaking feelings for facts.

I mean, really, there are actually people who believe the Earth is flat? And, as one spokesperson bragged, “the movement has gone global.” Do they understand the ridiculosity of all of that?

That’s enough of a rant for me today. I’m turning on the radio and listening to BBC Newshour. Nearly opinion-free and I get to hear what’s going on in the rest of the world.

What’s on your rant-meter these days?